I've written previously about my favourite beer festival of the year, and how I planned out a general beer-tasting strategy using a Euler diagram. I've had some people ask if I plan to do the same thing for the Great British Beer Festival, which has now kicked off in Kensington Olympia.

The short answer is "no", and here's why…

There are so many beers

Ealing Beer Festival presents a challenge in that there are around 300 beers to choose from, but while this is a large number, it is a manageable list to peruse and I generally find it quick and easy to locate my preferred beer choices and recommendations for others.

The Great British Beer Festival (GBBF) takes beer provisioning to what I imagine to be its absolute limit, cramming in over 900 beers, ciders and perries. While this is great for potential choice, it also makes it difficult to actually choose. Unlike with Ealing, the number of beers massively breaches the threshold for pre-festival preparation, it would take hours to go through this whole list and that's not cost effective in terms of my time.

This shouldn't be taken as a complaint, I'm really looking forward to it!

So instead of creating a Euler diagram again, I decided to quickly scan the list for some great breweries that often don't show up at the smaller festivals. Also, thanks to what I can only imagine was a slow news day for BBC News, I know which beers have been crowned the best this year.

Without further ado, here are a handful of beers that I will be recommending and hopefully tasting, and the reasons why:

My plan is to work through my "top picks", but CAMRA have also kindly provided a "magical" beer selector on the GBBF website. It's not so much magic as it is a basic filter, but it should help you whittle down their insanely large selection to something a bit more manageable. 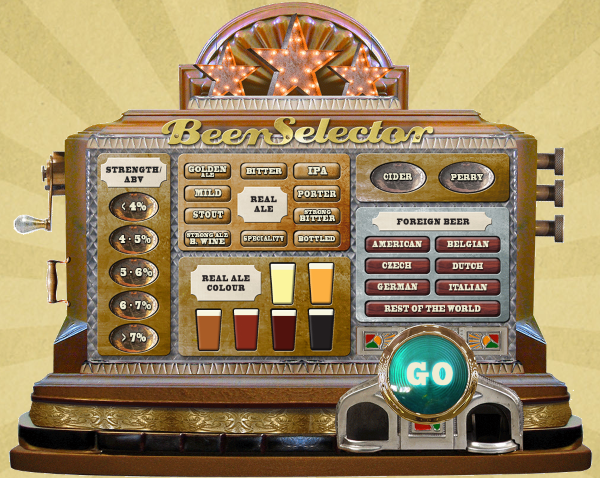 You can find it here, at the top of the beer list: http://beer.gbbf.org.uk/

I played around with it for a few minutes and it seems to work fairly well. Could be worth a go!

If you're planning on going, I hope you enjoy the Great British Beer Festival as much as I will. Cheers!